Stealing ideas and stories... and sharing them! The new economy is social ;-) 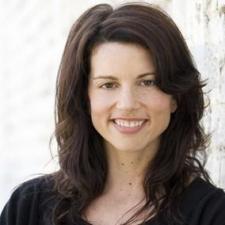 Gina Bianchini is the Co-founder and CEO of Ning. She’s led Ning from its inception in 2004 to its current position as an exponentially growing top 100 global website and one of the world’s most valuable start-ups.
This year, Gina has been featured on Fortune Magazine’s “40 under 40,” Huffington Post’s 10 technology “Ultimate Game Changers,” and 7x7 magazine’s “Hot 20” list.
Gina and Ning have been featured in the New York Times, Fortune, Forbes and Fast Company. She has also appeared on CNBC and CNN.
She gave this TEDx talk at TEDxNYED in March 2010: